Hair is a big deal to me. I’ve been natural for a bit over 10 years (which  means I don’t use perms in my hair) however sometimes I find it difficult to make drastic hair changes and try new styles without damaging my own natural curl pattern too much. I love short cuts. I especially love straight-hair pixie cuts (think Halle Berry.) It is very difficult to maintain these cuts when you’re not very good at styling your own hair and when you don’t have a perm. This is the shortest I’ve come to a straight short cut, a bob from 2011/2012.

I had a texturizer in my hair then, which is how I maintained the style with the least amount of effort on my behalf. The texturizer made it easier to straighten my hair and kept it straight in the humid summer. I miss that style but I decided to keep the real harsh chemicals away from my hair. I’m also very partial to short hair period, especially in the summer time.

I wanted to chronicle my hair since my move to the DMV area. It’s been 5 years that I’ve been in the area, beginning in DC for graduate school. Here’s my hair journey from 2012.

I got accepted into Howard University and that was THE NEWS of 2012 for me. I was starting graduate school at 27 years old on a fellowship and was moving out of New York for the first time in my adult life. A drastic cut was necessary. A new start required a freeing of myself, a detachment from who I was to make room for who I was to become. 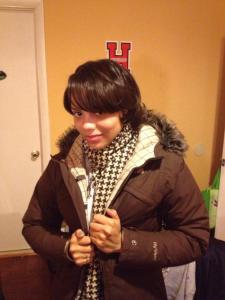 Above was the growth in 2013 (February-November.) I survived my first year in graduate school, I visited the beautiful island of Haiti, I witnessed a good friend get married and I gained more confidence in my clinical and professional skills.

2014 brought graduation (YAY!) and at end of October/ early November, #ISwipedRight and meet my current boyfriend. I also covered my blonde highlights with black. 2014 was a great year. 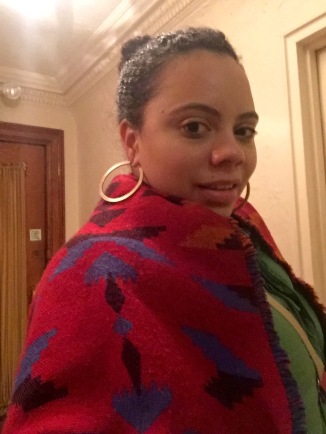 September 2015 brought continued hair growth and the tried and true pony tail. The problem with long hair for me is my “go-to” is the ponytail. The ponytail is A) boring and B) forehead-licious.

By 2016 I needed something new. I also missed the courageous person who just walked into babershops, under the bewildered eyes of men and women, and got rid of her hair. I chopped, but not too much. 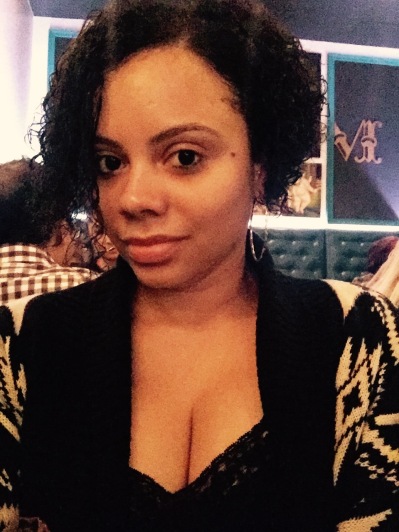 After the chop, I also needed some bold color.

2017 has been a low key year in terms of hair. I’ve been focused more on better maintenance habits (namely more conditioning), and growing my hair out. I think I’m finally ready to grow out my hair without major cuts for at least 2 years. I’ve been inspired by this beautiful hair blogger named Jewellianna whose hair is envy-worthy. I learned about her channel when I was reading about how some guy cut inches of her hair off and she’s been recovering from that loss. Right now, my bob is growing out which means the back of my hair is shorter than the front. The back takes thee longest to grow out, but I’m patient. I also know I want to eventually either get some layers in my hair when I get more length in the back. For now, I’ve been enjoying my big hair through twist-outs and rods as well as occasional blow-outs. I’m excited for what’s next!

Thanks for joining me on the journey!

Last night, I stumbled upon a great article on Tactus Therapy about transitioning settings as a speech language pathologist (from schools to medical.) It’s very scary to think about making drastic changes, but I’m learning the older I get that without risk, there’s no reward. I think the most stifling feeling when it comes to work is the thought of being “stuck” or that you don’t have any options. Every speech language pathologist I’ve come in contact with, has chartered their own path. I love listening to “how I got here” stories. I’ve met veterans in school systems, private practice owners, doctoral students, clinicians who aspire to effect change on the state and local level by being active in State organizations, and I’ve read about SLP’s who have landed dream jobs abroad. Many hats, same passion.

I am also a Reddit lurker, because sometimes one can stumble upon the most provoking threads. In our field, sometimes it’s hard to find the answers you’re looking for by searching a simple Google question. I remember a big question that my graduating class had was realistic salary expectations coming out of school. I know there are many factors to consider (setting, hours, productivity, etc.), but I think having that information is empowering (especially in a female-dominated field where the N word is difficult.)  Salary is not something you go up to a professor and discuss casually, and we (as a class) got the feeling that it was neither “proper” or “professional” to expect a direct answer or number. But it sure would have been helpful. In my experience in reading Reddit threads, people are more willing to share numbers to strangers across the interwebs. The transparency is just one aspect that we may lose in the spirit of “decorum.”

I’m writing this because I’m recognizing very early that the school setting is not a long-term reality for me. I’ve learned a lot in the 3 years (one year CF, and 2 “on my own”) from 2 different school districts. I have a lot of respect for everyone involved with keeping schools running, however, it is not for everyone. It is a tiresome, thankless job that no one does for money. But you’ve probably already heard that tune. I think the most exciting question to answer is… so what’s next?

The aforementioned article closes with the the thought that one should “travel toward what excites them, not away from what scares them.” In other words, it’s all about perspective. Recognizing what’s NOT for you is just as important as what is. The journey is the fun part, and the plan is what drives the goal. This year, I am embracing the plan and not becoming overwhelmed by big tasks. I’m striving to take a step every day towards not settling, committed to staying fulfilled, motivated and present.

How do you stay motivated when finding the right work setting?

I’ve been recently thinking about how different my life would be if I had a child. Specifically, Am I really ready to give up my time?

I know that there are  unspeakable sacrifices to be made when one decides to bring life into this world. And I know that somehow, if I decide to take that step, I will gladly accept that challenge. But is it selfish to say otherwise, that I don’t want to fully and completely give up my time EVER? Does this somehow, make me a bad person? Not a “real” woman because I don’t want to be a mother?

No. As actress Joy Bryant eloquently points out in her essay defending her life decision:

Motherhood, in all its beautiful significance, is a job I do not want.

I’m not sure what stance I take. I haven’t completely decided. These days, I’m not only fantasizing of the “fairy tale” of motherhood, but also of the habits I don’t want to change in my life. The sacrifices that are not in poems on Mother’s Day cards or very much talked about.

I like to sleep. I like to eat out excessively, I like to wake up when my body wakes me up on Saturdays. I like to work on my schedule. I like my weekends, and every second of free time that I can steal during the week. I like my life this way.

Speaking, writing, and living my truth. No apologies.

I was supposed to write this last night, but I was too lazy. It’s 8:33 AM on Wednesday. I’m looking forward to the weekend. After this weekend, there will be 16 days of school left. I can see the light!! So many countdowns/celebrations this month.

What are you looking forward to as the first day of summer beckons?